A Wrecked Christmas In Truk Lagoon 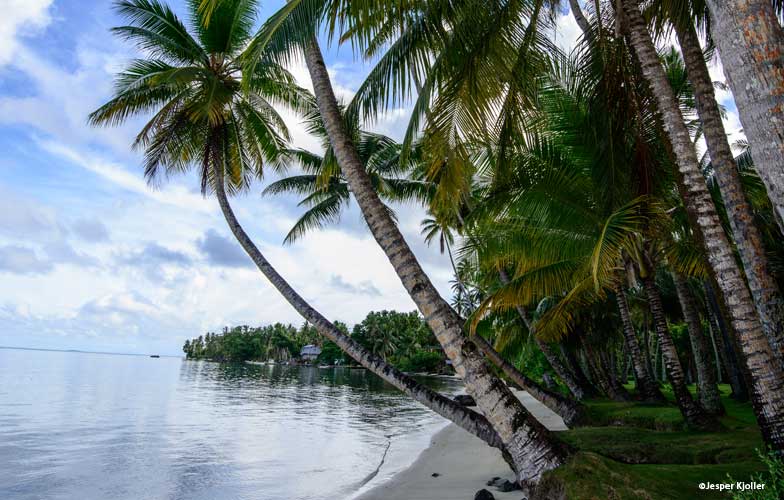 How about some historical wreck diving and escaping the coldest time of the year in the northern hemisphere? Come aboard M/V Truk Master for one of the best wreck diving trips in the world while experiencing Christmas in an enjoyable tropical 30+ degrees Celsius (86°F).

Our ‘Christmas Buy One – Get One Free’ Special is the perfect occasion for you and a friend to find out together why Truk is classed as one of the best wreck dive sites in the world! Your Christmas gift from Master Liveaboards!

How did so many Japanese war and cargo ships end up sunk in Truk Lagoon? Well, you may remember Pearl Harbour: the notorious Japanese surprise strike in 1941 on the American naval base in Hawaii. Resulting in massive material damage and loss of thousands of military lives, this was a significant setback for the US and simultaneously the direct cause for this nation to enter the Second World War. In turn, the US retaliated in by launching a short but devastating attack on the main Imperial Japanese combined fleet base in Truk in 1944: code-named Operation Hailstone. In as little as two days, 250 Japanese warplanes and almost 70 ships were destroyed and/or sent to the bottom of the lagoon.
Almost 75 years later, all wrecks have been conquered again; this time by beautiful corals and dazzling marine life. There is no other place on this planet where you will find so many awe inspiring wrecks together, which can be visited by both recreational and technical divers alike. Here is a little appetizer for you: 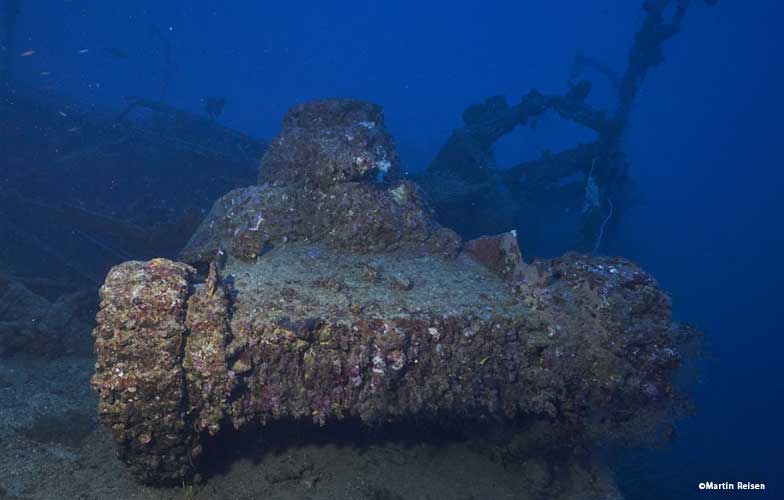 The most famous of the deep wrecks! Three army tanks are located on deck; trucks, aircraft engines and china in the second hold. Hemispherical mines in the first hold, along with torpedoes, bombs, hundreds of depth charges and cordite containers. She also has an impressive bow gun. The back holds are filled with ammunition, torpedoes and other cargo, and there are depth charges on the stern.

This destroyer is split into two pieces; the bow landed upside down, while the stern section sits upright. Anti-aircraft guns, a main battery gun and depth charges are on the deck. Check out the torpedo launchers on the sand nearby, with torpedoes loaded inside. Inside the bow section you can access crew sections and the galley. The two massive propellers that gave the ship a maximum speed of 37 knots are very impressive. 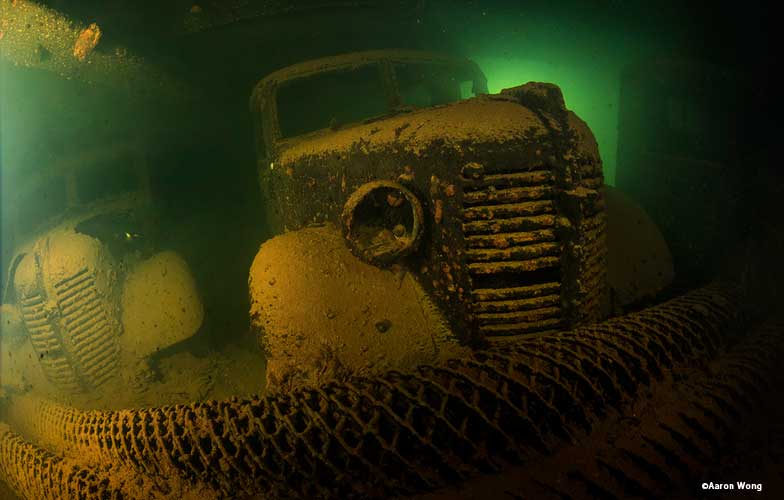 Often lovingly called an underwater truck parking lot, the Hoki Maru carried trucks, tractors, a steamroller and a bulldozer that now balances precariously on the cross beams. There are depth charges, spare propeller blades and aerial bombs on the wreck. The forward half of the ship was split and folded out by a huge explosion. Advanced penetration opportunities exist in the engine room and superstructure. The tip of the bow remains intact. 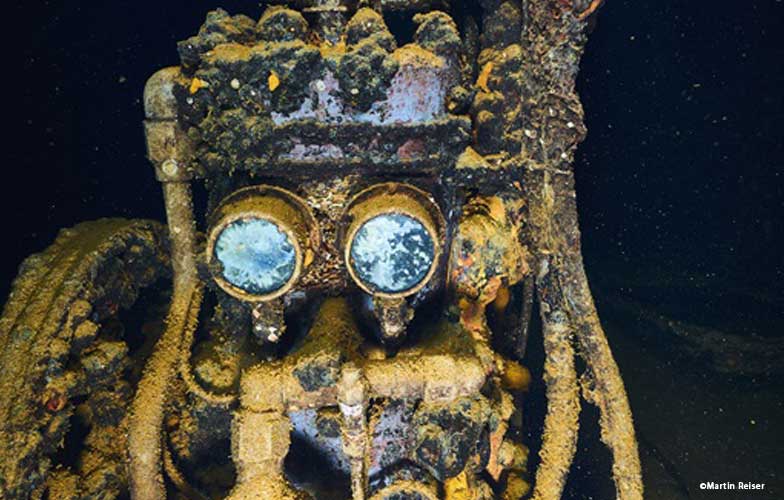 This 132m (436ft) armed cargo ship sits perfectly upright on the sandy bottom, between 5 and 37 depth. The “Fuji” transported parts of Zero Fighter Aircraft including engine parts, propeller blades and fuel cells, visible in her holds. Deeper inside the wreck, Mitsubishi A5m Claude & A6M parts can be discovered. The bow gun is encrusted with corals and the outer wreck supports sea fans, soft corals & anemones. 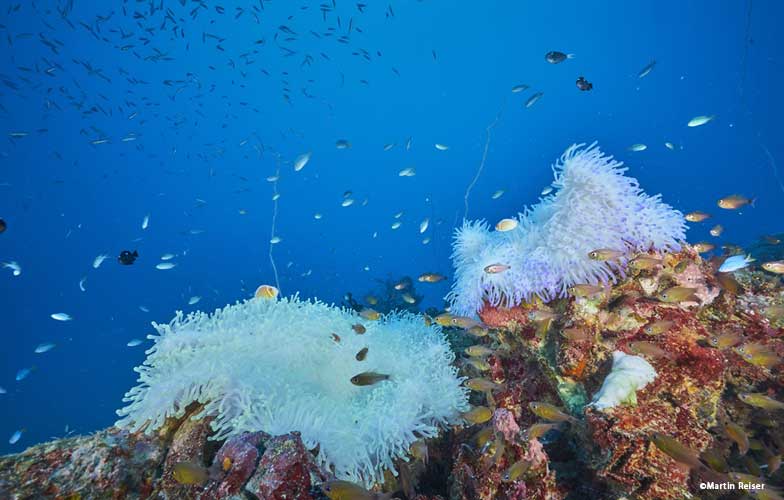 Quickly submerging during the attack to avoid damage, the submarine unfortunately failed to close her valves, allowing for water to enter and as she descended she came to rest on her port side at a depth of 42m (138ft). 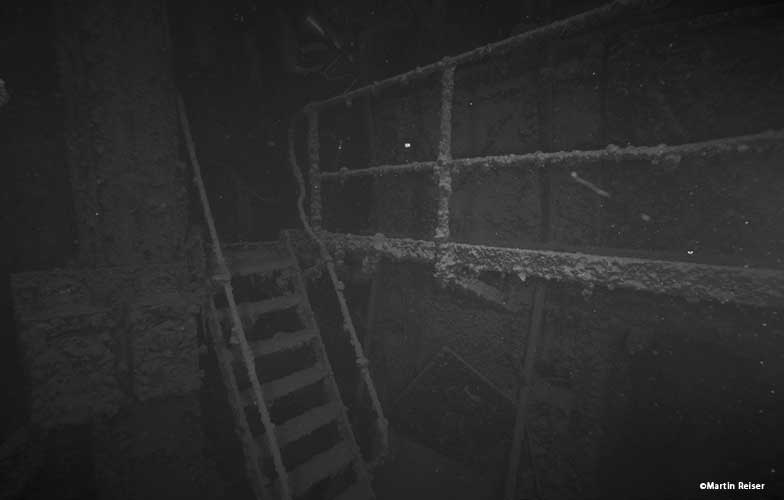 The large oil tanker Shinkoku landed upright on the bottom after the attacks and is now decorated with corals, sponges & hydroids. Highlights include the telegraph room on the bridge, a spacious engine room and a galley that still features many utensils on the large stove. Small guns, mounted on bow and stern are also covered with corals making this one of the most colourful and spectacular wrecks to be found in Truk.