Spotted Eagle Rays are one of the most majestic underwater creatures. The elegant way eagles soar through the air resembles the way eagle rays move underwater. Their prominent head also has the appearance of an eagle head; the long and pointed snout looks like a beak. 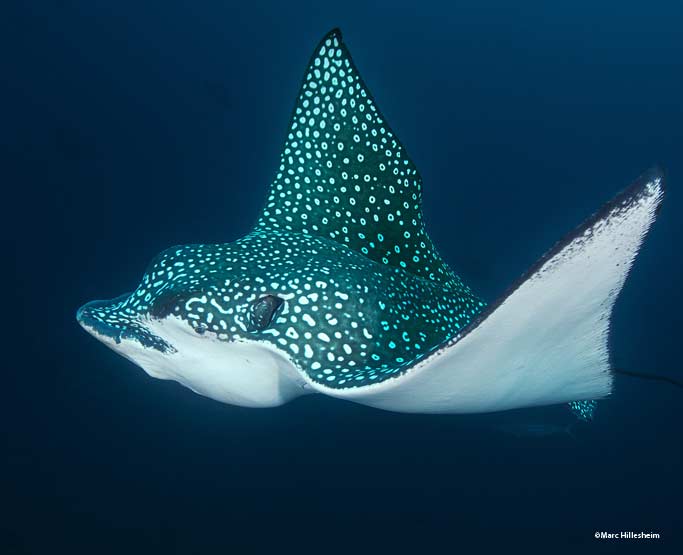 Very little is known about spotted eagle rays, here are 5 interesting facts about them! 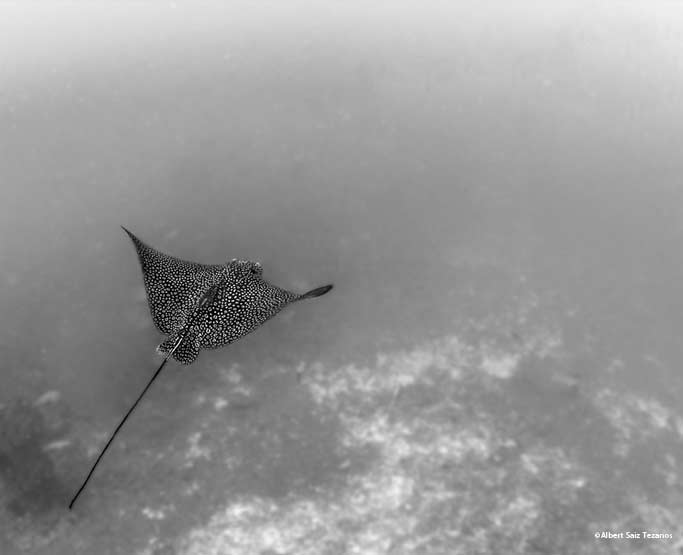 Their inky backs boldly patterned with white spots are unique to each individual and are the eagle ray’s equivalent of fingerprints, just like the spots and blotches on manta rays bellies.

Spotted eagle rays reproduce via internal fertilisation and give birth to live babies. Embryos grow on energy obtained from yolk sacs, and only after the juveniles are able to survive on their own does the mother give birth to her young (around 1 to 4 pups).
Extra information: Sharks sometimes follow female Spotted Eagle Rays to feed on their newborn offspring.

Spotted Eagle Rays have an unusual tactic to tracking down their prey; they swim along the ocean bottom, using its large rostrum – or nose – to sense crabs, claims, snails and other tasty eagle ray snacks that are hiding in the sand. They then crush the hard-shelled prey with their flat plates of teeth. They do occasionally also eat shrimp, octopus, marine worms and small bony fish. 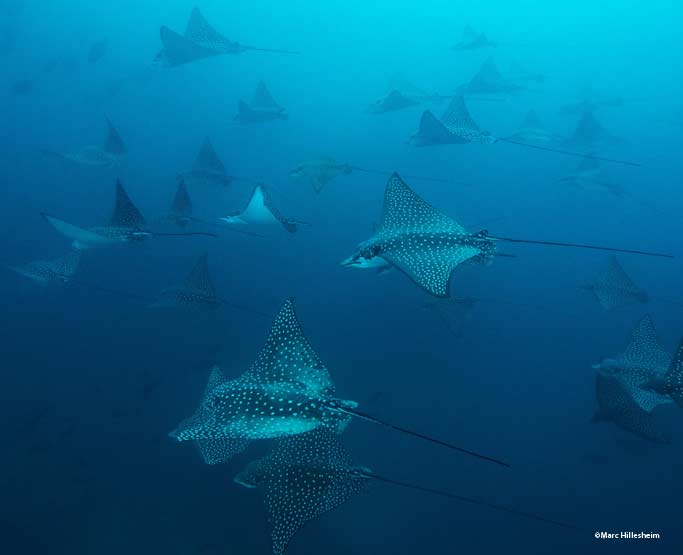 While occasionally found alone, eagle rays tend to travel in large schools across the open ocean. They migrate in search of food but they often return to their preferred site. Some eagle rays do not migrate at all and enjoy staying locally within the same area for their entire life. Sometimes they swim around in loose groups of 3 to 15 rays. 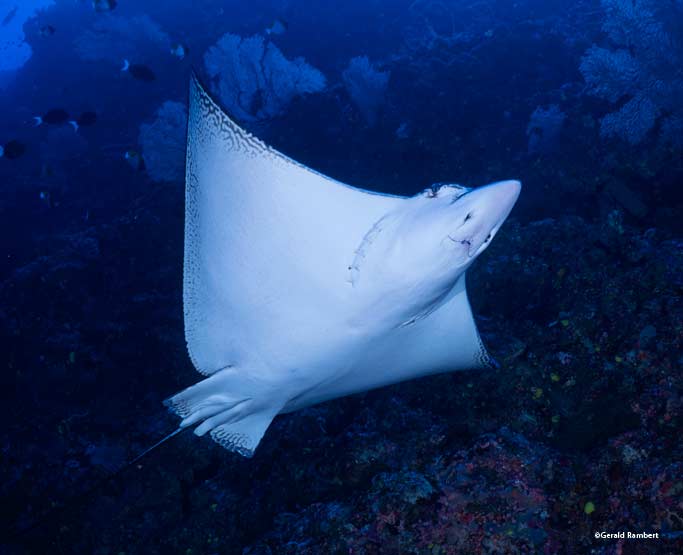 Spotted eagle ray is included in the “Near Threatened” category by the IUCN. They are often captured for commercial purposes to be displayed in public aquariums .

Some of the best places to encounter them are the Galapagos, Maldives, French Polynesia and the Solomon Islands.